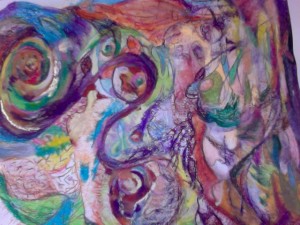 NOW that the Cells of Gaia are permeating the human genome, consciousness it is less likely for the brain to continue stupid acts!  Simultaneously, as this knowing keeps expending my being the left over from my 3D body has pointed out, how i had to learn these words i just had used to communicate something It is very obvious to let my Soul say: if you like it or not the chakras of Earth Mother Are making new interactive connections to the human heart,brain cells, the cells are now interactive thanks to the effects made from the central sun, of our galaxy, no doubt, i was studying some funny papers full of “de-finit-ions of human mammalian brain, mainly the neo-cortex, which kept on suggesting how the Amygdala (so called emotional lower brain was dictating-indication of the car speed,condition drive on the road, limit) to you in predictability given by the notorious reptilian brain full of imported negative sadistic programs set against human within the limbic system (the lower mental characteristics, indicators of detecting measuring the outside environment, comparing it with the charts, menu of what has been available as a reaction seldom response if we were to be fully in amnesia and living unconsciously, the menu would be aggression, war, fight, hatred, fear galvanized by the outside circumstances perfectly matching the installations of such electromagnetic which would set up the level of fear, and no higher intelligence being able to make the difference for your self who could think for your self!, well all this is broken, gone, the Heart IS the Changer! and the main stimulus for the brain, the domination and control over you  is dissipating!!! I do have my own teachings, they do not come from sitting in smelly buildings without fresh air called schools, my link from where i accept information is directly from Original Creator. It has been the greatest but least recognized relief in my not favorite life to have this link, such a connection. Did i always recognize it, trusted it? No. Too much interference took lot of energy of mine away, but with perseverance one can bring her self to this knowing which Is Real and subtle. If kids are programed and believe in santa (which is also a black magic crap) they spend time to write him a letter, i on the other hand am writing all my posts to acknowledge the unity consciousness with the Highest Intelligence and PResence in I am zero point frequency which sustains my life and so i can sustain my flesh in harmony with Earth Mother, because that is what in trilogy this Unity is in front of my, your face now, do you get it? The other equality interesting – seen – was just two days ago: my so called physical body raised upward and left the human swimming pool, which is at the etheral part of Earth i connected my other bodies now consciously witnessing more of all apparent realities, to see your self doing something like that while walking on the ruined dusty city street is quite the experience, so i am deeply grateful. The very heart walks me out of the bondage, out of the mazement and amnesia. Dear “Archipalium”, we are finished.

So the actual point why am i writing this message here is the realization more clear this morning that the soul was separated from its divine light and that is the worst brutality and sadistic act ever over human, and we are healing it now. All forms of separation we are healing it. The man is finding him self again and so i bless the man who has caused jealousy of the most brutal criminal crippled energy not originated on this planet but as an escape from a different system infesting our home and universe with its horrible viral disease, before we leave from here we must all cure it so it doesn’t spread anywhere else we are going as free souls. Namaste.

As this new energy is taking more of… me… into the silent communication: at the so called september 13 i was being asked during a meditation to observe a creation of a blossoms  at the etheric level of Mother’s Earth higher body. A  beautiful  rainbow carpet rolling across the chemically grey sky. The grey went broke and clarity from beneath begun to reveal it self in the most blatant ways. Today this has continued. Namaste, Sovereign